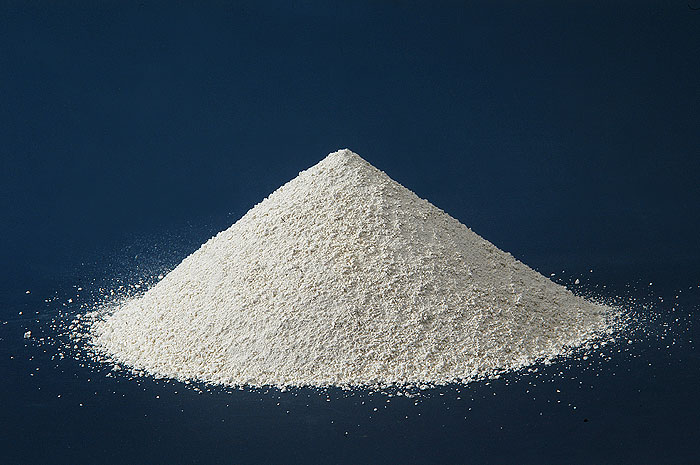 ET is made out of best pure white tertiary clay and natural colors by combining modern technology and handicraft. This clay was created millions of years ago weathering of rocks under subtropical forests and savannas. From this white clay is the production of the ET ball. It is completely 100% handmade and regular ceramic moulding techniques or pull out forms are not used. The surface finish is several layers of natural colors and everything is burned in a furnace at high temperature under specific temperature curve. Although the ball looks the same, each piece is original. Production of ET takes many days with certain laws...

How the ball functions: Every material, shape and color radiate their energy – its specific frequency and wavelength. The ET is a triple emitter: shape – material – color one.

Each material, shape and colour has its own specific energetic radiation. In general, a ball is in fact the most complete shape and its characteristics help it to outperform other shapes. Using special technology, results in strong energetical vibrations around the ET. The ball receives these vibrations from the Earth´s natural forces and from high-level spheres of the universe. Therefore, from a materialistic point of view, we speak about frequencies and wave lenghts that come from corresponding spiritual levels. The energy effect is a good influence on its surroundings: man, plants, even liquids and solids. 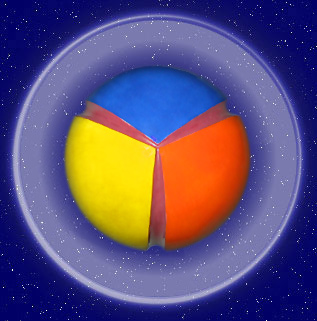 The ball creates an energy sphere with several meters in diameter. It charges and purifies itself and does not require any maintenance. The main source of this positive radiation is light then shape, material and colors. The strongest effect is obtained on the center of the ET and decreases with distance. The ET will work in the dark too and is partially activated by human bio-energy. The energy of ET is universal and eternal. It is in some aspects energetically inexhaustible, but after three years its “material fatigue” may occur and it is suitable to replace the ball with a new one.

That is enough as far as the basic information is concerned. To put it simply, every material object has its fundamentals in the spiritual world, which applies to substances, colors and shapes. Such a discovery may become an impulse to reject it for some people (which is logical if one takes into account only measurements of the material), for others it is a sober reality. The spiritual principle has been described in the Spiritual symbols section. It has been scientifically proven for a long time that colors, shapes and their frequencies and wavelengths have a considerate impact on humans.

We are not able to measure directly the final energy levels of ET even with measuring instruments. But we can prove it indirectly using other methods such as statistical data and aura photographs or automatic drawing. The ET is a product of a forthcoming era and a helping hand for those searching for new ways and methods of increasing energy.

The history and development of ET
The author´s description (continuity with Nikola Tesla, Linda Goodman).

ET has been manufactured in different forms since 1999. Originally it had a shape of so called table named ET – Energy Table. It was made of glass and metallic alloy. It was a 12 x 12cm square with a circle in the middle. See the photo on the left. Its effect is similar to the ball, but they differ in certain aspects. The intensity of the emitted energy is dependent on the amount of light in it surroundings as well as the materials used.

What affected the developement of ET most, was my faith and idea to create a product, which would help people as much as possible in the areas that the table is made for. So called purple plates of positive cosmic energy, described by a writer Linda Goodman as one of Nicola Tesla´s inventions, was a great inspiration for the formation of the ET.

It was Nicola Tesla who found out, according to this writer, that an anodized violet color, is able to emit a positive cosmic energy. As early as during the first experiments based on Nikola Tesla´s description, I found out that this works even with other colors and it is possible to achieve much better results by a certain combination of shapes. This became an urge to the developement of ET. A long peroid of my own studying and doing research, including both conscious and extrasensory exploration, followed. I tried to find out what materials, shapes and colors we need to combine to achieve the best results possible. A connection between the effects of the ET and spiritual symbols was found out later on.

The energy of ET and other disciplines

The energy of ET is universal. Its energy, if we take into account the amounts of energy which we usually receive, is very strong. The reason it can be linked with universal energy could be explained with the assistance of spiritual symbols. The versatility also means that it can be used by everyone, not only by some individuals. The concepts of universal and vital energy are often connected to the names prana, chi or tao. Similarly some products, systems, arts and doctrines refer to the use of the energy, no matter if it is Tachyons, Mandalas, Feng Shui, Reiki, Vastu etc. ET matches up to their aspects and is, to some extent, related to them. However it is not their direct product. I was not drawing upon their experience during the developement of the ball and ET is therefore predominantly a self - reliant product. It is not much inspired by the Asian esoteric doctrines, but more by the western christian ones. No one, of course, can be prevented from trying to search for connections in various realms. ET ball represent a very interesting product for those to whom anthroposophy, astrology, numerology, esoterici, mysticism, healthy lifestyle, leechcraft, relaxation, meditation and spiritual realization speak to.

The author´s annotation for the production  I have made many experiments with all sorts of materials, colors and technologies. An unsuitable material, as well as the color or a procedure could result into wrong effects which I cannot be responsible for. I sell the product not its substance and energy and all the information concerning the ball are available to general public.